At Bromson’s, we offer a broad range of products and services including air conditioning and heating, solar, gas and electric hot water and general electrical services. We’re also the local distributors for ELGAS and BOC Gases.

We cater for homes and businesses in Broken Hill and surrounding towns and properties – even as far as Tibooburra.

Best of all, we take pride in the fact we can provide ongoing, local support for the products we sell.

So give us a call, drop in, or get in touch using our contact form below and we look forward to showing you what we can do, both now and into the future. 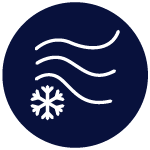 Bromson’s are your local installers for Rinnai, Daikin and Mitsubishi Electric Air Conditioners.

Whether you’re looking for a ducted or split system, we can design a system to efficiently cool and heat your home or business. 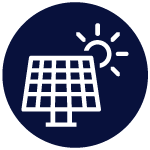 These days it seems like everyone is trying to sell you a solar system but if you’re looking for a reliable, local business with years of experience in solar installation and maintenance, give us a call to arrange a quote today. 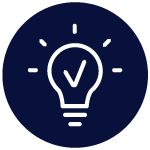 Finding an electrician in Broken Hill when you need one can be tricky. Bromson’s are able to provide domestic and commercial electrical services. 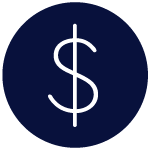 Bromson’s are able to provide all our services to businesses.

Whether it’s air conditioning, solar or electrical services, we have the experience and resources to serve your business now and into the future.

The Clean Energy Council Approved Solar Retailer program is a way for businesses that sell solar and storage to show their commitment to responsible sales and marketing activities and industry best practice.

Authorised by the Australian Competition and Consumer Commission (ACCC), the program aims to lift the bar higher than the minimum requirements set by government & regulations and bring about a better standard of service within the solar and storage industry.

We are proud to demonstrate our commitment to bringing the best possible service to Broken Hill through achieving accreditation as an
Approved Solar Retailer.

Are you paying too much for your gas at home or for your business?

Give us a call and find out today.

Bromson Energy are more than just solar! Here are just some of the services we provide to Broken Hill and surrounding towns including Mendindee, Wilcannia, White Cliffs and Tibooburra.

We Stand Behind Our Products

At Bromson Energy, we support all of the products we install. While we always use quality brands, things can go wrong from time to time and when they do, it’s reassuring to know you have local support when you need it.

BROMSON ENERGY is a 2nd generation local business, originally based in Broken Hill’s Industrial Area on Kanandah Road. It was established in 1974 as a service station and wholesale fuel distributor in Far West NSW, and later expanded into regional South Australia.

Over more than 4 decades, the business has continued to expand and evolve, including the introduction of Kleenheat Gas (now Elgas) distribution in 1990 and the start of retail sales of appliances, solar hot water, gas heaters and gas hot water in 1997.

As technology has changed, so have we and in 2010, we expanded into renewable energy with sales and installations of solar photovoltaic (PV) systems, closely followed by air conditioning in 2012.

2019 also saw us move into our new premises at 66 Crystal St, providing easier access for our customers and allowing us to focus on sales and installation of energy products:

We look forward to bringing you more new products and services over the years to come.

If you would like more information or a quote for any of our products and services, here are our contact details.

You can call us on:

Drop in and see us at:

Or send an email to:

You can call us on:

send an email to:

Or drop in and see us at:

9am till 5pm Monday to Friday

If you would like to provide us with feedback, please email us at contactus@bromsonenergy.com.au.

We take complaints seriously. If you'd like more information on how we handle complaints, see our Complaints Management Policy.